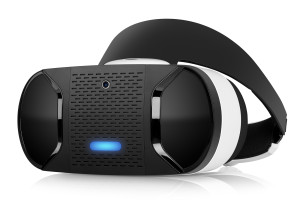 VR (Virtual Reality) has arrived and it’s here to stay… or rather it’s been here for a while. Over the decades it’s tried to break out of the realm of mere concept and “sci-fi” several times, usually by a single company using the term “virtual reality” as a gimmick to sell some product. But that always ended in failure and disappointed consumers. Case in point is the virtual boy.

The New Wave of VR

However, this time around likely kick-started (pun intended) by the incredible crowd funding response to the Oculus Rift back in 2012, there has been a tremendous effort  by several companies to advance VR technology.

Why is everyone jumping on the bandwagon now, when it’s failed several times before? That’s due to several reasons, including:

As a tertiary reason, companies that are late to the party may be locked out of the market for good. A perfect example of this happening in recent history is phone behemoth Blackberry. Less than a decade ago they had the cell phone market in the palm of their hand. Now they’re almost completely out of the realm of hardware. They refused to evolve with the market into the realm of smartphones, and by the time they tried they were far too late. These aren’t just pieces of hardware. They are gateways to a network containing the collective work of thousands of software developers creating countless applications. Software devs want to make money. They will stick with the hardware that has the largest user base, which inevitably are the pieces of hardware which make it to market early in the game.  As another example, see the various format wars which have taken place over the years.

The final and perhaps the most exciting reason that we are seeing so many different companies jumping on this bandwagon is that there are several different iterations of VR technology being developed, being made for use cases that are mostly non-competing in nature. Let’s explore a few of those use cases.

In-Home VR Not All Are Alike: 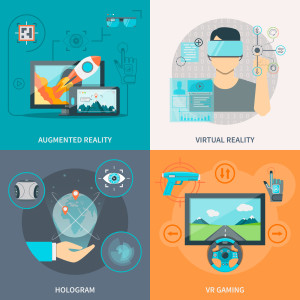 When you enter the world of in-home or “living room” VR you are discussing the most commonly known form of VR. That which is used for entertainment within the comfort of your own home. You are talking about the Oculus Rift and the HTC Vive—2 expensive ($600-$800) pieces of hardware that require a high-end gaming PC in order to function properly.

Much like the car company Tesla in its early days, these 2 companies have decided to start out by targeting a smaller audience, who is willing to spend more money on a high-performance product. Opting to put all of their efforts into improving resolution and refresh rate in an attempt to improve experience and eliminate potential negative side effects such as nausea.

A slight step down is the Playstation VR which offers slightly lower specs, but also a lower price tag and lower barrier to entry by requiring the PS4 hardware which is a lower initial investment than a high-end computer. An immediate draw to the tens of millions of people who already own a PS4.

And lastly is the SulonQ which is likely to be more expensive than the others listed above, but which acts as a stand alone unit without the prior requirement of a console or PC. It should be mentioned that the SulonQ is being marketed as both a VR and AR device. AR or Augmented Reality is actually different from VR and has potential which is quite astounding but for the sake of brevity in this article, we’ll lump the 2 together for now.

Mobile VR they’re refers to the use of smartphones, tablets and other similar devices for the purpose of AR and VR.

This leverages the capabilities of the devices that we carry around with us every day to bring us a VR experience. The most popular example in recent memory would be Pokemon Go and its predecessor Ingress.

In addition to this is hardware such as the Gear VR from Samsung. Similar to the Rift and Vive, albeit lower end, this device is made to go on your head like a pair of goggles, but rather than leverage a PC or console, all that this requires is the use of your smartphone.

When VR is mentioned and in the corner of your mind you are thinking of the Holodeck, that is what location based VR offers. We are talking about facilities created for the express purpose of AR and VR entertainment. This of course, can come in various forms.

Laser tag, amusement park rides, 4D movie experiences, all within a VR environment. A game where your body is the controller and you can move through virtual environments with real sensory feedback. That is true VR, that is the “sci-fi” that we dream up.

And it appears to be exactly what is offered by facilities that are cropping up such as The Void which was the subject of quite some media attention in the past 2 years. Essentially, for a ticket entry fee, visitors will be provided with not only a set of signature VR headwear (such as that you would use with the Oculus or Vive) but an entire suit, designed to provide haptic feedback and to be able to interact in a digitally enhanced physical environment. This opens the door for truly amazing entertainment, and possibly the next step in FPS gaming and laser tag.

Perhaps the most interesting venture in this vein is the joint venture carried out by Starbreeze and IMAX to offer an out-of-home VR experience that by all accounts appeared to be the highest quality VR experience with technology and a tracking system which apparently differentiates itself from any other VR technology on the market. An announcement was made on October 11th 2016 that the first IMAX VR facility is planning to open by the end of 2016.

VR for Education and Training

This use case, while not as flashy, is probably the most exciting and could have the greatest long-term results. The use of VR and AR in education and training to produce simulated environments and situations for students could allow for reduced costs, safer conditions and greater engagement.

Before arranging to get potentially dangerous hands-on practice, students can use VR to learn about the procedures in a zero-risk environment, with 100% engagement because it’s right in front of your eyes, completed with your own two hands. There is a myriad of organizations developing technology in this direction.

A stellar example of which is Sentient Computing, a software development company which specializes in immersive 3D visualization. They have produced several VR training experiences, including safety simulations and a particularly immersive simulation of high voltage switching that uses the HTC Vive.

In the medical sector, which is another high-risk environment, several companies including VR Immersive and Plextek have engaged in developing simulations for the OR and battlefield trauma respectively.

Successful training often requires practical experiences that transcend that which can be learned from textbooks and videos. While hands-on practice isn’t always feasible, virtual reality serves as a way to bridge that gap. While it is still early, there is research which indicates that virtual training experiences when paired with game design principles provides a better, more impactful learning experience for students.

There is a lot on the horizon for VR tech. There is a tremendous amount of innovation occurring in that direction and it will be interesting to see which technologies stick around for the long haul.

Brian Luckman is the President of New Era Electronics. He has worked in the industrial OEM market for over 25 years, serving a variety of different industries, gaining a strong reputation for his expertise and a thorough understanding of how to properly service OEM customers. In 2000 he began New Era Electronics and the company continues to grow. He’s a husband and father and enjoys exploring the outdoors.

Creative Commons Attribution:  Permission is granted to repost this article in its entirety with credit to New Era Electronics and a clickable link back to this page.