Previously, we looked at the importance of choosing a good OS. More specifically, that blog talked about the Windows Embedded platform, an operating system tailor-made for industrial systems, and one that provides a great deal of the functionality that these machines need. It works extremely well on the hardware and can be considered an industry standard. But that doesn’t necessarily mean it’s the be-all and end-all of embedded operating systems. There are a number of other choices, some that provide interesting advantages to the end users and OEMs that design with them in mind.

One such OS that can be helpful during the build your own computer process is Linux. The many uses inherent to the platform make it just as flexible as the Windows Embedded platform, and perhaps even more so, due to its variability and open source nature. Linux has been around in embedded systems for some time, but the industry has become somewhat complacent in sticking to closed platforms rather than branching out. We should be looking more in this direction.

What is Linux in the “Build Your Own Computer” Context?

The moniker of the “Old Granddaddy of OS’s” fits the Linux platform. Though Linux was definitely not the first operating system, traced back to Unix protocols, it presented itself as something different. It started as, and remains, a piece of software covered under open source usage. This distinction means that anyone can use the Linux kernel (the base of the OS) and build any type of frontend they care to design. This flexibility provides some real variants on the Linux platform, ranging from typical desktop flavours such as Ubuntu to mobile devices with Android. When you build your own computer, therefore, Linux provides many options.

Benefits of Linux When You Build Your Own Computer 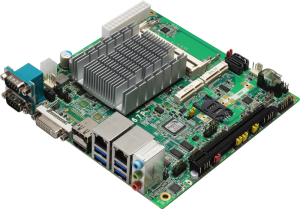 In a computer build, depending on the type of machine, costs can pile up. When OEMs are looking to build a number of computers, one of the unexpected things that drive up the price is the OS. Closed systems, such as the Windows Embedded platform, can be quite expensive, even when ordered in bulk. Linux, being open source, means that the OS cost will be essentially free, depending on whether you spend resources creating your frontend to the kernel.

Another great benefit comes from its malleability during design. When a company needs a specific design, an OEM can look toward a custom OS with a Linux kernel to provide the exact functionality to fit the machine and a superior level of design control.