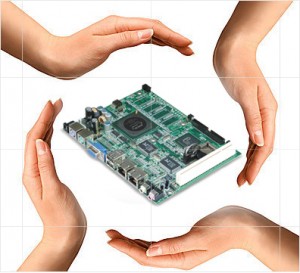 The Roots of the EPIC Board

EPIC stands for Embedded Platform for Industrial Computing. With the ever-growing needs in computer technology, there is also a demand for a multi-vendor standard of single board computers that can bridge the gap between factors such as the PC/104 and the EBX computer models.

The EPIC board was developed in order to compete with the needs of the industrial grade design, with emphasis on its ability to adapt to future technological advancements and modifications. This includes being able to support formats such as ExpressCard and PCI Express, which are still in transition towards the embedded computers domain.

Even with the embedded domains, there is a need to develop faster and more efficient CPUs, as well as maximize the uses of different modules of I/Os available on the market. As such, engineers and designers tried to modify existing platforms to incorporate the development of packaging and connector technology in the form of EPIC computers, which allows for a more high-powered computer without sacrificing available platform space.

Best of all, an EPIC SBC is able to provide high performance and quality computing even as a low-powered computer. This can be achieved with the right combination of processors, chipset, and I/O modules.

Technicalities of the EPIC Motherboard

Part of the development of the EPIC embedded board domain is to have a standard specification that would mesh the physical layout of the PC/104 ad the EBX computers.

As such, the EPIC single board computer usually has the 115mm by 165 mm dimensions, to enable more powerful CPUs, accommodate newer technologies, provide more optimized I/O zones, and support mezzanine I/O modules. These modifications have been done in order to assure that the EPIC SBC boosts the performance of both the PC/104 and EBX models.

The EPIC has been standardized to accommodate the two polar opposites PC/104 and EBX so that its dimensions are in the middle of the two, with PC/104 recorded at 90mm by 96mm and EBX at 146mm by 203mm. Because of their 190 cm2 size, EPIC boards are able to have an embedded single board computer design without having to compromise the available board space on a PC/104 module or the CPU power on an EBX module.