Companies involved in creating industrial computer systems move in one of two directions. Depending on the use case of the buyer, computers will push for the cutting edge of power, which necessitates considerable power and space demands. A range of motherboards fulfill these demands; ranging from Pico-ITX to the almost gargantuan EATX, they utilize the newest processors, graphics cards and additional modules to allow users the most power possible. Technology, and by extension the buyer’s interest, can also move in the opposite direction.

Various sectors, such as the medical or military fields, have a need for low power solutions that can be mobile. Handheld computing or the shrinking of existing systems that allows them be used in the field represents the ultimate goal. The need to push computer systems to a smaller form factor presents a challenge, but manufacturers have essentially solved the issue with computer on modules.

OEMs are in the tough position of deciding which motherboard standard can be used to fit the need for smaller computing. Manufacturers present a number of different types; the two most popular and smallest board standards are Qseven and COM Express. There are a number of differences between the two, most notable is power consumption and, resultantly, processing power. The Qseven has a 12 watt maximum power consumption, which is not a problem if you require an Intel Atom or low power AMD processor. However, if you require something with more oomf, such as an i7, then the COM Express is definitely more down your alley.

Aside from this, the COM Express embedded boards nudge out the Qseven standard because of some small changes to the board’s components.

When placing the Qseven standard up against COM Express boards, we see that the two types are indeed similar. They skirt along the same form factor and possible component usage, making them both extremely viable in the realm of mobile computing. In the Qseven vs COM Express matchup, the two come up basically even in terms of the following:

Compatibility Tips the Balance in the Qseven vs. COM Express War 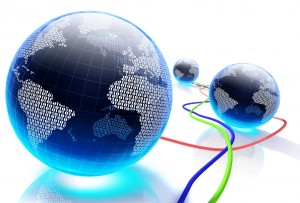 Aside from power consumption, where these two embedded boards diverge is their handling of compatibility toward older inputs and components. Qseven standards stipulate that they will only utilize current and future I/O in their build, which deliberately omits the possibility of legacy parts. While technology does move at a quick pace, some parts of the chain are slower than others. If there is always the need to push for newer components, compatibility issues can arise with the users’ programs or can increase costs due to these upgrades.