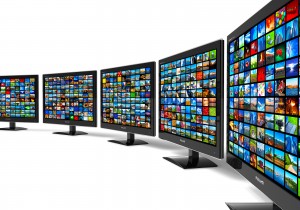 Thin Film Transistor Liquid Crystal Displays or TFT LCD is an active matrix LCD as opposed to the non TFT variant which is passive.  LCD came on the scene in the late sixties further to developments by RCA.  Optel Corporation provided the first application of LCD in commercial/consumer items such as calculators and watches.  The limitation of these displays was the number of segments that could be addressed thereby limiting the resolution of these displays.

The LCD TFT technology addresses the pixels the way we might address a spreadsheet, through electronic connections that are arranged in rows and columns.  This methodology reduces the number of connections to the pixels to a manageable number in order to address the red, green and blue elements.

The ‘circuits’ that form the TFT LCD are made of silicon and placed on a piece of glass.  Since the circuits are tiny that are required to form the connections to the pixels the unused silicone is removed so that the light that is generated can easily pass through the glass.

The Uses are Endless

LCD’s became most popular in consumer devices.  As the technology developed and progressed, TFT’s improved the LCD technology and the realm of possibility of uses grew.  This became an active matrix technology allowing for the ability to address and electronically maintain the state of each pixel.  Developments such as twisted nematic mode, super twisted nematic mode and other TFT technology have helped bring this technology to the level it is at today. This continuously improving technology has opened the markets in which this technology is being used including cellular phones, GPS, electronic toys, medical displays, retail systems, 3D environments, just to name a few of the applications.  The avenues continue to expand in the commercial environment with the ability to provide control systems in the plant, in the transportation environment or the manufacturing environment with enhanced capability to monitor and manage processes.

What You See Is Getting Better 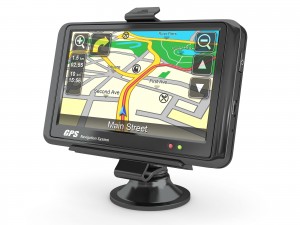 The resolution of LCD TFT’s has been improving steadily as innovations in development of this technology continues.  Screen resolution, viewing angle and colour density continue to improve. The projected use of the display dictates the type of display that is developed for that use.  Consumer devices utilize the level of technology that is most cost effective and provides a response time where ghosting and trailing is avoided.  Commercial and industrial users have new abilities to ‘dip into the electronic river’ to check on processes and monitor systems.  Improvements in the transistor component of this technology has fueled the rapid growth of the needs for this display technology in low power devices.

LCD TFT’s require some type of interface.  The devices will contain an interface such as LVDS, TTL and CMOS, to name a few.

The uses for this technology are expanding everyday both in the consumer and the commercial enterprises.  You don’t have to look further than your pocket, your car, a ship’s engine control room, an airplane, metal fabrication plant, etc., to see the many and varied uses of LCD TFT’s.

Brian Luckman is the President of New Era Electronics. He has worked in the industrial OEM market for over 25 years, serving a variety of different industries, gaining a strong reputation for his expertise and a thorough understanding of how to properly service OEM customers. In 2000 he began New Era Electronics and the company continues to grow. He’s a husband and father and enjoys exploring the outdoors.
Creative Commons Attribution:  Permission is granted to repost this article in its entirety with credit to New Era Electronics and a clickable link back to this page.