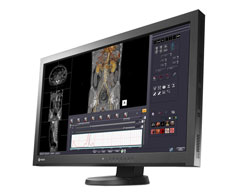 There has been a lot of debate regarding the movement to newer technology with regards to electronics. One of the most talked about topics is the shift from the age-old cold cathode fluorescent lamp (CCFL) to the newer light-emitting diode (LED) type of display.
Essentially, LCD monitors need a backlight to illuminate the images onscreen. This backlight, which is positioned at the back or side of the LCD (liquid crystal display) panel of the monitor, can either be a CCFL panel or an LED panel.

But just what is the difference between the two types of backlights for computer monitors? Or any LCD screen for that matter.

CCFL computer monitors have been the most commonly used form of backlight for years. Because of this, their cost is considerably lower, which is good for a tighter budget. In addition, the CCFL’s lifespan has also made it a trusted type of backlight for a number of manufacturers.

However, the CCFL is not without its drawbacks. For instance, its power consumption is relatively high, thereby generating more heat in the process. In terms of size, CCFL monitors are proportionally thicker and heavier compared to their LED counterparts. But, in realm of lifespan, a CCFL backlit monitor can match with an LED backlit, generally lasting somewhere in the vicinity of six to ten years, given that it is used between eight to twelve hours a day.

A Look at LED Display Monitors 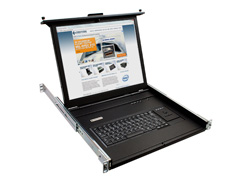 The more recently emerged technology is the LED display, which promises better picture quality for computer monitors. The crisper image quality is a result of LEDs that are capable of higher brightness than a CCFL. Of course, poor quality LEDs will have a low brightness and a resultant loss of quality, but on the other hand, some LEDs are bright enough to combat the glare caused by direct sunlight. In other words, even if the user is working in an environment with direct sunlight, it will not adversely affect what is onscreen. The LED screens also allows users to dim specific areas of the screen and sometimes offer field replaceable LED strings, as opposed to CCFL monitors, which cannot be similarly manipulated.

The only real downside of LED monitors is their higher price in comparison with CCFL monitors; if that is an issue. Today, with more manufacturers preferring to offer LED monitors for computers, this technology is gradually coming down to relatively average prices.

An important point, however, is that LED monitors can actually be money and energy savers in the long run. LED monitors are said to be up to 50% more efficient compared to conventional monitors in power consumption. With this much less power consumption, LED displays also produce significantly less heat as well. This allows for many TFT displays to have a wide temperature rating of -20 ~ +70 and higher. This is invaluable for OEM handheld devices and temperature sensitive environments.

Weighing In on CCFL vs. LED 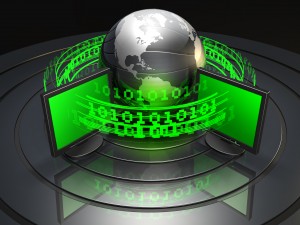 Ultimately, in any debate of CCFL vs LED concerning display monitors for computers, LED’s have superior capabilities to meet the needs of most users. Not only does the more modern LED technology offer better solutions and provide contrast visuals; it can be celebrated for its greater overall energy efficiency. LED display monitors are here to stay, until the next great invention for visuals arrives.