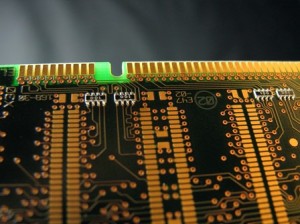 It’s hard to say what computer component can be called the “most necessary.” They all play their particular important roles in ensuring that the entire machine runs well. Processors compute and implement complicated code, hard drives send and retrieve necessary data and programs, motherboards house many of the key components and contain much of the I/O that give a computer its functionality.

The one major facet missing from this list is RAM, the secret workhorse of an embedded system and something easily forgotten about once installed. However, understanding the load and stress placed on this important piece of the computer “puzzle” could mean the difference between a machine running or failing.

Industrial RAM has much of the same functionality seen in its commercial counterpart, but with a very significant difference. The standards that an embedded device should maintain while working in a variety of different surroundings, ranging from both extremes on the temperature scale to dust- and sand-filled environments, must remain high. The places where industrial RAM is used can be classified as high stress, both for workers and their machines. Having reliable equipment is paramount to an efficient workplace and wide temperature industrial RAM can ensure good performance.

What are Wide Temperature Standards? 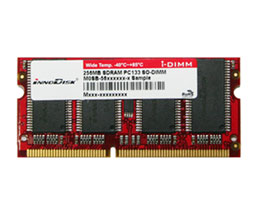 Understanding wide temperature standards doesn’t take a whole lot of technical knowhow. The concept basically means that a piece of technology is rated to function within a certain set of temperature parameters. For instance, commercial technology, such as that found in home PCs or tablets, is designated to operate between 0 to 40 °C. The range is sufficiently wide enough to deal with extreme loads for video editing or gaming. Such standards are instituted to make sure that a component can withstand varying temperatures and still be reliable.

Industrial RAM fits into the unsurprisingly named industrial grade, which has a temperature range of -40 to 85 °C, obviously a much wider range to deal with the more varied environment types where it will be used.

Having proper functioning RAM allows the rest of the embedded system to do its job. Being able to cache data for quick access and run intensive programs that handle extreme computations are the cornerstone of proper functioning RAM. When an OEM is looking to purchase industrial RAM for their systems, they need to ensure that the device has proper cooling to keep the RAM working at optimum performance.