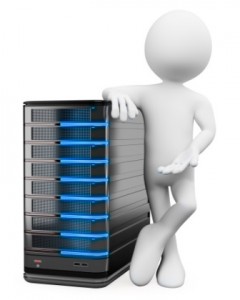 When approaching the subject of an embedded computer, every single component holds importance and can mean the difference between a proper functioning machine and a machine that either fails completely, or is rife with bugs. One such component that can be quite easy to overlook is the chassis or the pc case. Then again, this may be the thing that you are focusing on most.

Having a proper case can mean the difference between a system withstanding the rigors of the work day or failing under the pressure. Here’s the key thing to know: one of the most important things that defines how well an enclosure performs is its ingress protection rating. Understanding how this scale works and what it can mean for PC cases is well worth knowing.

What is Ingress Protection for PC Cases?

Ingress protection ratings, or “IP” ratings for short, were developed by the European Committee for Electro Technical Standardization. Their goal was to create a graduated scale in an effort to categorize the different levels of environmental protection that an enclosure could feasibly provide. Most PC cases will protect against certain outside forces, but few will go as far as to state that they are truly waterproof.

IP ratings are designated by a two digit number, the first highlighting a PC case’s protection against solid objects and the second dealing with liquids. When read together, an OEM can have a very good indicator of what the enclosure can withstand. For instance, with an IP rating of 34, the “3” means that it can withstand an object over the size of 2.5 mm, such as tools and wires, and the “4” means that it will repel water splashing from any direction with no effect. The full breakdowns for how each IP number should be interpreted are readily available on the Internet. As with most ratings, the common rule is the higher the number the more protective the case will be. A top rating of IP68 indicates that the PC case will not allow any dust into the machine and can withstand full immersion at least up to a meter in depth.

When is IP Rating Important in Industrial Computing? 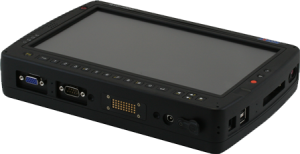 You can generally trust that computer cases will always have at least an IP rating of 43, which is generally fine for applications which require little to no dust and water protection. In essence, PC cases like this don’t have to protect against environmental any more than a desktop PC case does.

However, the rugged demands of being out in the field or in a large warehouse, for example, require a PC case that will keep the components safe. This means an IP rating of at least IP65 (full protection against dust and low pressure water jets from every angle) with an optimum being around IP 67 (full protection against dust and water submersion for a duration of at least 30 minutes).

Military usage is a perfect example of where this type of protection becomes necessary. Gear needs to withstand sand, dust, mud, and any other contaminants that can potentially harm computer components. Having a high IP rated case could mean the difference between a malfunctioning or properly running unit, which has much greater implications for soldiers’ mission success and safety.